Authored by Ron Paul via The Ron Paul Institute for Peace & Prosperity,

Last week’s bipartisan Senate vote to rebuke President Trump for his decision to remove troops from Syria and Afghanistan unfortunately tells us a lot about what is wrong with Washington, DC. While the two parties loudly bicker about minor issues, when it comes to matters like endless wars overseas they enthusiastically join together. With few exceptions, Republicans and Democrats lined up to admonish the president for even suggesting that it’s time for US troops to come home from Afghanistan and Syria.

The amendment, proposed by the Senate Majority Leader and passed overwhelmingly by both parties, warns that a “precipitous withdrawal of United States forces from the on-going fight…in Syria and Afghanistan, could allow terrorists to regroup.” As one opponent of the amendment correctly pointed out, a withdrawal of US troops from Afghanistan is hardly “precipitous” since they’ve been there for nearly 18 years! And with al-Qaeda and ISIS largely defeated in Syria a withdrawal from that country would hardly be “precipitous” after almost five years of unauthorized US military action.

Senators supporting the rebuke claim that US troops cannot leave until every last ISIS fighter is killed or captured. This is obviously a false argument. Al-Qaeda and ISIS did not emerge in Iraq because US troops left the country – they emerged because the US was in the country in the first place. Where was al-Qaeda in Iraq before the 2003 US invasion the neocons lied us into? There weren’t any.

US troops occupying Iraqi territory was, however, a huge incentive for Iraqis to join a resistance movement. Similarly, US intervention in Syria beginning under the Obama Administration contributed to the growth of terrorist groups in that country.

We know that US invasion and occupation provides the best recruiting tools for terrorists, including suicide terrorists. So how does it make sense that keeping troops in these countries in any way contributes to the elimination of terrorism? As to the “vacuum” created in Syria when US troops pull out, how about allowing the government of Syria to take care of the problem? After all, it’s their country and they’ve been fighting ISIS and al-Qaeda since the US helped launch the “regime change” in 2011. Despite what you might hear in the US mainstream media, it’s Syria along with its allies that has done most of the fighting against these groups and it makes no sense that they would allow them to return.

Congress has the Constitutional responsibility and obligation to declare war, but this has been ignored for decades. The president bombs far-off lands and even sends troops to fight in and occupy foreign territory and Congress doesn’t say a word. But if a president dares seek to end a war suddenly the sleeping Congressional giant awakens!

I’ve spent many years opposing Executive branch over-reach in matters where the president has no Constitutional authority, but when it comes to decisions on where to deploy or re-deploy troops once in battle it is clear that the Constitution grants that authority to the commander-in-chief. The real question we need to ask is why is Congress so quick to anger when the president finally seeks to end the longest war in US history? 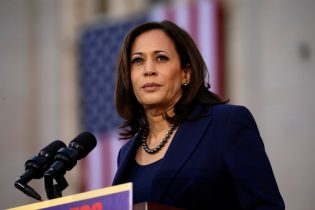 (Reuters) – U.S. Senator Kamala Harris, a former prosecutor who is seeking the Democratic Party’s 2020 presidential nomination, said on Monday she had smoked marijuana in college and supported its legalization.

The California Democrat told the syndicated radio show The Breakfast Club at Power 105.1 in New York that she smoked pot while attending Howard University in Washington in the 1980s.

“And I did inhale,” she said, laughing, in a swipe at former President Bill Clinton, who famously said he had tried marijuana but had not inhaled.

Harris, 54, is among a diverse and growing group of Democrats seeking to challenge Republican President Donald Trump in next year’s presidential election. Fellow Senators Amy Klobuchar of Minnesota and Elizabeth Warren of Massachusetts launched their bids over the weekend.

In 2016, during her run for the U.S. Senate, she declined to endorse a ballot initiative that legalized the drug in the most populous U.S. state for recreational use by adults. She said at the time, however, that she expected marijuana to eventually become legal.

Since her election to the Senate, Harris has called for legalizing pot and supported a measure to decriminalize it at the federal level. She has for years called for research into the impact of marijuana use on the developing brains of teenagers and young adults, and for standards to judge when drivers are impaired after using cannabis.

Asked by the program’s host whether she would use marijuana again if it became legal, Harris laughed but did not answer the question directly.

As of last December, 10 states and the District of Columbia had legalized small amounts of marijuana for adult recreational use, according to the National Conference of State Legislatures.

The drug is still illegal at the federal level.

Several troubling situations are currently playing out across Colombia, yet the country’s continuing downward spiral into drug-fueled and politically-motivated violence has caused little concern in Washington, offering yet another clear indication that the U.S.’ current posturing on Venezuela is hardly motivated by concerns about “democracy,” “human rights,” or the welfare of the Venezuelan people.

Wechatscope is a research project from the University of Hong Kong; they ingest every public status update on Wechat, the Chinese social network used by more than a billion people, then record which messages are later made unavailable, and infer from that the most censored topics on the network.

IN WASHINGTON DC IT’S ALL ABOUT WHICH SIDE YOU’RE ON, YET LIGHT DOESN’T HAVE A SIDE, LIGHT ONLY HAS A CENTER WHERE ALL LIGHT STEMS FROM, THE BRILLIANCE OF CREATION, IN “LET THERE BE …”

THE LIVING UNIVERSES ARE FILLED WITH CONSCIOUSNESS OVERFLOWING, EXPANDING, FROM ONE COMMON CENTER. THAT CENTER IS NOW EVERYWHERE, FLOWING THROUGH EVERYTHING. CONSCIOUSNESS IS SPIRIT’S ESSENCE AND YOU ARE MADE OF SPIRIT, TOO. ALL OF YOU ARE DIVINE SPIRIT MADE MANIFEST AND PERSONIFIED, AS LOVE BEING PRESENT. WE GOD THIS, YOU GOD US, WE GOD US.

THE THOUGHTS, THEY SMILE THROUGH ME, LOL.

LOVE HAS ALREADY BEEN GIVEN, NOW HAS EVERYONE ALL READY, LIGHTS UP! HU+MANITY’S GRADUATION INTO THEIR OWN DIVINE INTELLIGENCE, MADE MANIFEST. YEP, AWAKENING 101, JUST SHOW UP AND WE GOD YOU. BLESSINGS FROM NOW THROUGH OUT ETERNITY, AND IT JUST GETS TO ROCK IT WITHIN US ALL.

https://ift.tt/eA8V8J
Find out what the Russia witch-hunt will reveal.

https://ift.tt/eA8V8J
The amount of aluminum a young system has could be a predictor of what types of planets will evolve there

https://ift.tt/eA8V8J
Tune in tonight to get live coverage & analysis of Trump’s border rally — spread and share this link! 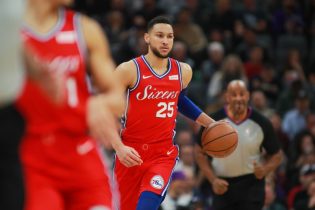 Philadelphia 76ers All-Star Ben Simmons wanted to sit down with Magic Johnson to discuss being a big point guard in the NBA, but Sixers general manager Elton Brand said he nixed that idea. And although Brand said he considers the case closed, the NBA is investigating.

“The league office is looking into whether any contact took place between Ben Simmons and the Los Angeles Lakers that violated NBA rules,” NBA spokesman Mike Bass told Adrian Wojnarowski of ESPN.

When Brand was interviewed on 97.5 The Fanatic in Philadelphia on Monday, the conversation about the 76ers and their post-trade deadline lineup took a turn toward a potential meeting between the Lakers legend and Simmons.

Johnson, the Lakers team president, said Sunday that Simmons had contacted him about potentially meeting in the offseason. Johnson told reporters they couldn’t talk “if everybody doesn’t sign off.”

Brand said his Lakers counterpart, Rob Pelinka, contacted him about a month ago about the idea.

“Rob Pelinka called me and said that Ben wanted to talk to Hall of Famers after the season. Magic was on the list,” Brand said during the interview. “He asked for authorization, I said no. This was over a month ago.”

The Lakers have been fined twice by the NBA for tampering since Johnson has been in charge. And although there has been no talk of the Lakers pursuing Simmons – he doesn’t become a restricted free agent until 2020 – eyes could be raised if he and Johnson got together.

The 22-year-old Simmons is represented by Rich Paul of Klutch Sports. He represents both LeBron James and Anthony Davis, whom the Lakers tried to acquire before the trade deadline last week.

Brand reiterated to Wojnarowski that he is not worried the Lakers are trying to snatch his young star.

“No issue. I have a great relationship with Ben and Rich (Paul) and we expect him to be a Sixer for a long time,” Brand said. “He has taken interest in chatting with some of the game’s all-time greats and we’re supportive. I had brief dialog with Rob Pelinka who I’ve known for a long time, but nothing is planned. Our collective focus is on making a postseason push. Again, we’re not sweating this, end of story.”