A young genius whose IQ is said said to be  higher than Albert Einstein, is on his way to possibly winning a Nobel Prize after dropping out of elementary school and his special ed programs. From a young age, Jacob Barnett was very interested in Math and Physics. Numbers were his passion and he was getting bored of early grades of elementary school as they did not come close to challenging him. Finally, his parents made the decision to take him out of public school and special ed programs regardless of the fact doctors had diagnosed him with ADD.

“For a parent, it’s terrifying to fly against the advice of the professionals. But I knew in my heart that if Jake stayed in special ed, he would slip away.” Jacob’s mother.

Jacob’s incredible memory and mind allowed him to attend university classes after he taught himself all of high school math in just two weeks.He is currently on track to graduate from college by the age of 14 and it is believed his research into math and physics may begin to challenge some of the established theories in physics. This is an exciting prospect given many have touched on knowledge and devices that currently defy mainstream physics. The implications of such discoveries are endless.

This is just another example of how society can often leave kids behind who don’t fit the ‘mould’ of ‘every other child.’  Kids who are given labels because they don’t fit into the system are actually incredible beings, like everyone else, with the capability to participate entirely in advancing society in many ways. Key point being, you allow them to do what they want to do and are passionate about, and suddenly their “issues” are gone or dissipate drastically. One more reason why educating people in batches and teaching them near useless information is not going to cut it for much longer.

Members of the Syrian rebel movement have admitted that they were behind the Aug. 21 chemical weapons attack near Damascus, Minnesota’s Mint Press News reported on Thursday.
According to the report, the chemicals were provided by Saudi…

http://ifttt.com/images/no_image_card.png
by Sterling D. Allan Pure Energy Systems News Our friends over at Platinum Invests in Spain, who are one of the leading companies with one of those self-looped motor-generator (Q-Mo-Gen)…

We are in a long-term trend where additional debt undermines the system as the positive returns on that debt turn negative.

Want to know why things are falling apart? Just look at our soaring systemic debt and the diminishing returns on that debt. Our Chartist Friend from Pittsburgh has assembled a comprehensive series of charts on systemic debt (called total credit market debt in FedSpeak) that starkly illustrates the diminishing return on more debt:
If Cash Is King Then Credit Is God
Take a look at total credit market debt and gross domestic product (GDP), year-over-year: notice the correlation? Recall that defaults and writedowns of bad debt remove debt from the ledger, so in an era of deleveraging, new debt must exceed the writedowns of uncollectible debt to actually increase total debt. It’s easy to confuse trends and cycles. The Keynesian Cargo Cultists believe that we’re in a cyclical downturn that can be “cured” with more debt-based spending, i.e. worshiping their false god of aggregate demand. They cannot comprehend that we’re not in a business-cycle recession, we are in a long-term trend where additional debt undermines the system as the positive returns on that debt turn negative.
I recommend studying the entire series of charts for more insight into this trend: If Cash Is King Then Credit Is God. 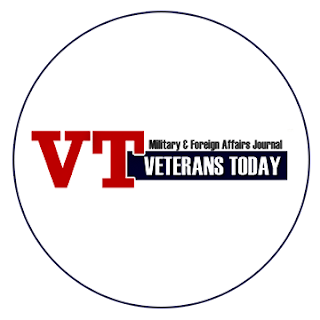 [Editors Note: Dear all, now is the time to grab your telephone pitch forks and get those calls in to the White house, your Congressman  and both Senators. Give them congrats or spanking accordingly. They need to be shocked when they get back after Labor Day if they don’t get called back anyway. A debate will give us more time to find more holes in their bogus gassing scam and expose them enough to demand an investigation now for treason for ‘someone’ attempting to launch the country into a military endeavor where their is not threat…Jim W. Dean]
______________________________

By my count, at least 162 Members of the House of Representatives, including 64 Democrats, have done at least one of the following things in the last few days:

1) signed a letter initiated by California Democrat Barbara Lee saying that there must be Congressional debate and vote before war with Syria;

3) issued a statement calling for a Congressional debate and vote before war with Syria. I don’t claim that this count is exhaustive. If you know of other examples, please share them in the comments.

Sixty-three Democrats signed at least one of the two letters.  In addition, New York Democrat Jerry Nadler put out a statement saying that there must be a debate and vote.

Why does this matter? It matters because if President Obama were to strike Syria without Congressional authorization, he would violate the Constitution and the War Powers Resolution.
But it also matters because debate surfaces key information. Earlier this week, press was reporting that the U.S. bombing of Syria could start as early as Thursday. By Thursday, here had been no bombing.

Instead, on Thursday, AP reported that “the intelligence linking Syrian President Bashar Assad or his inner circle to an alleged chemical weapons attack that killed at least 100 people is no ‘slam dunk,’” and that this “uncertainty calls into question the statements by Kerry and Vice President Joe Biden”.

So while Secretary of State John Kerry said Monday that links between the attack and the Assad government are “undeniable,” U.S. intelligence officials are not so certain that the suspected chemical attack was carried out on Assad’s orders, or even completely sure it was carried out by government forces, the officials said.

Ideally, the White House seeks intelligence that links the attack directly to Assad or someone in his inner circle to rule out the possibility that a rogue element of the military decided to use chemical weapons without Assad’s authorization.

Another possibility that officials would hope to rule out: that stocks had fallen out of the government’s control and were deployed by rebels in a callous and calculated attempt to draw the West into the war.

Kerry had said: “We know that the Syrian regime maintains custody of these chemical weapons.”
By Thursday, we knew that what Kerry said on Monday was not true. He said “we know.” But, according the U.S. intelligence officials cited by AP, we don’t know.

If the bombing had happened on Thursday, then the bombing would have happened before AP reported that what Kerry said on Monday was not true.

Can people still say with a straight face that Congress shouldn’t debate and vote before the President attacks Syria, or that it doesn’t matter if they do?

If you think Congress should debate and vote before any war with Syria, you can join 25,000 people at MoveOn.org in telling Congress.
Editing:  Jim W. Dean

Never try to outplay a Russian at chess… -Bill

Yesterday afternoon, Russia agreed to restructure Cyprus’ EUR 2.5 billion loan terms to a much more affordable 2.5% semi-annual coupon through 2016 and a principal re-payment over the following four years. While probably still out of reach for the desparate economy, it was a positive step. Of course, this ‘offer’ by Russia has its quid pro quo. This morning, Foreign Minister Ioannis Kasoulides has stated that Cyprus territory will not be used to launch military strikes against Syria, as “Cyprus wants to live up to its responsibility as a shelter if needed for nationals of friendly countries who evacuate from Middle East”. It would appear Obama’s influence is fading everywhere…
Read full article here: http://www.zerohedge.com/news/2013-08-31/russia-restructures-cyprus-debt-cyprus-prohibits-us-strikes-syria